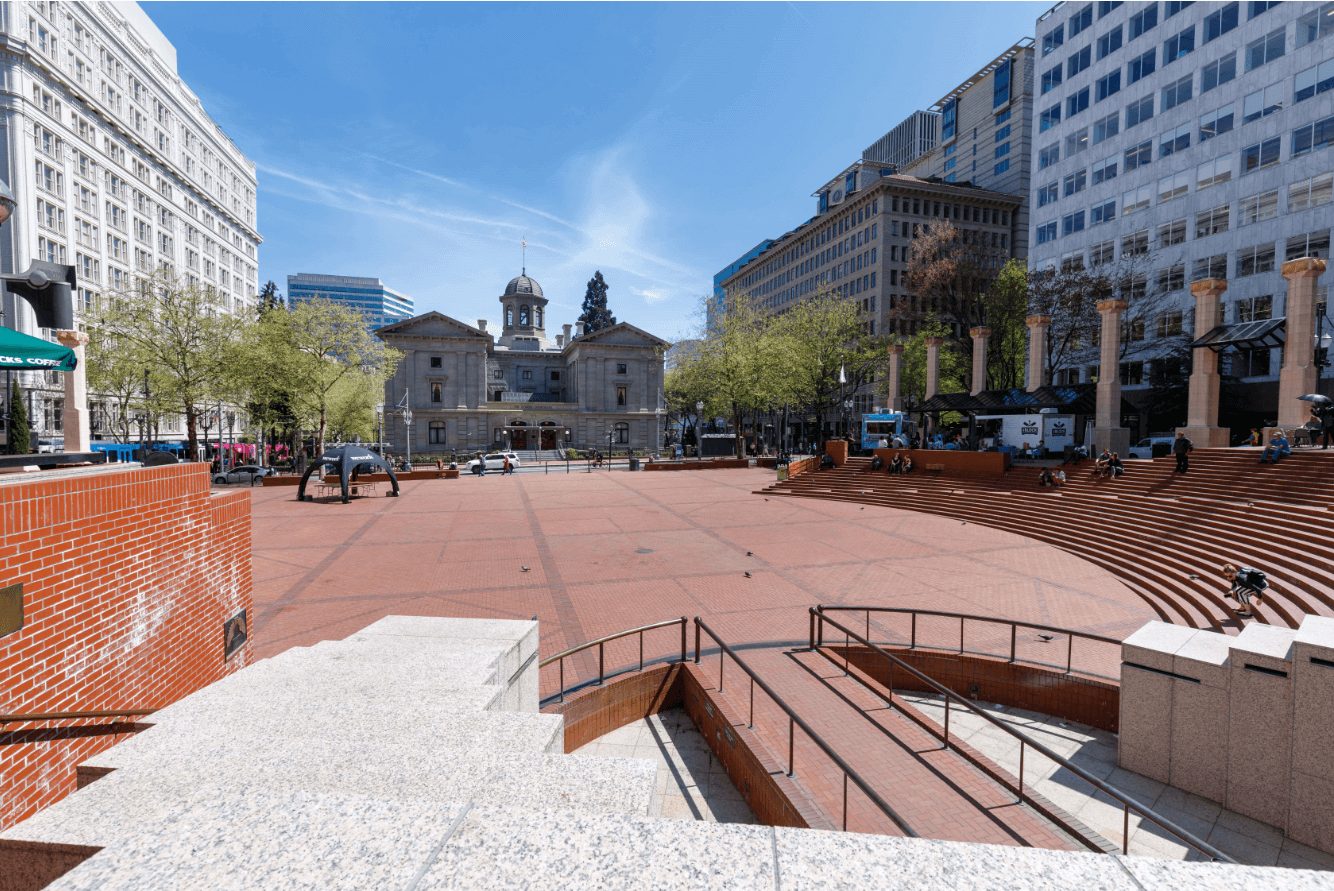 Southwest Morrison Square was built in 1984 and is bordered on the north, east, south, and west by Southwest Yamhill Street, Southwest 6th Avenue, and Southwest Broadway. 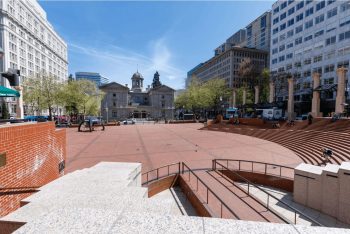 It is located at Pioneer Courthouse Square, the urban park in the center of downtown Portland which works as a venue for city events/activities and events that relate to Portland.

Over 300 events occur every year in Pioneer Courthouse Square, connecting the City and its inhabitants while simultaneously serving as the informal gathering place for residents and visitors alike.

At Pioneer Courthouse Square, you’ll find your bearings, no matter what brought you or keeps you in Portland.

One of the most attended public places in Oregon, Pioneer Courthouse Square receives over ten million visitors each year.

The Square had endured thirty years of community use, and it now needed significant repair and renovation to address the failing waterproof membrane, deteriorated brick plaza, structural failures, and stoa column repairs, in addition to restroom upgrades for safety and accessibility.

This membrane was originally rated only to last twenty years, and by thirty years, it had reached a critical state, resulting in water intrusion and increased leakage.

Bonds issued by bondholders are covering the cost of repairs and improvements to existing park facilities.

Pioneer Courthouse Square, the “living room” of the City, was such a vital community asset that the Parks Department gave it a top priority.

This project (the expansion of the restrooms) is eligible for System Development Charge funding, so the Parks SDC fund contributed $150,000 to the project.

All conditions and charges associated with the restoration project at the Square are included in the 2014 Parks Replacement Bond with a not to exceed allocation of $10 million, including: